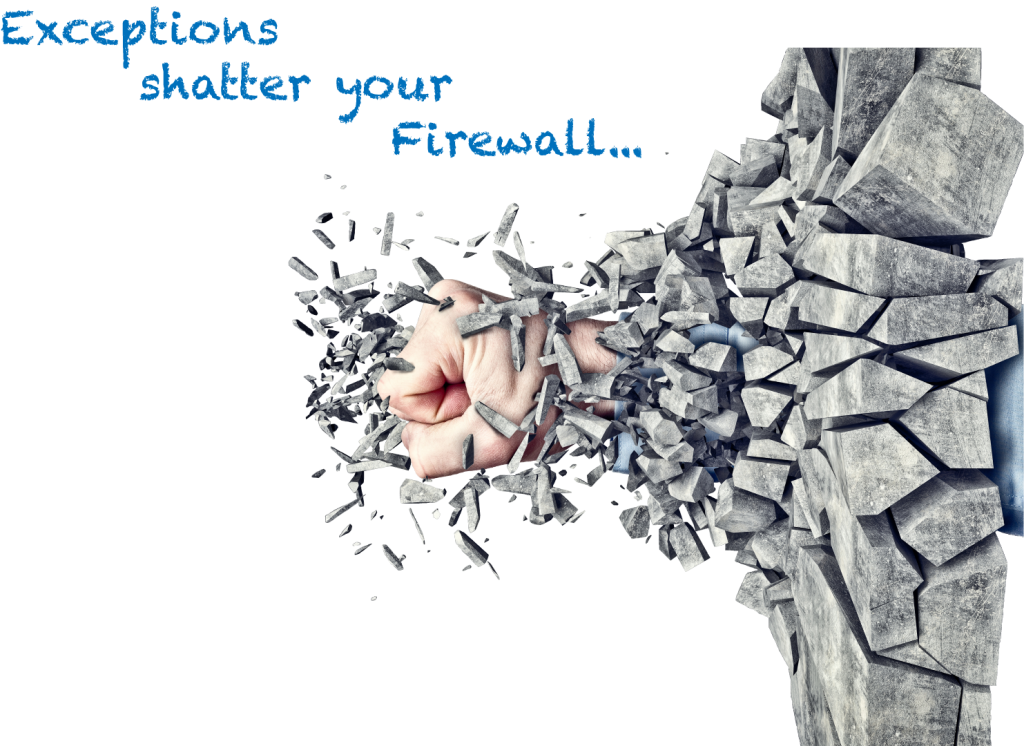 The risks of existing methods:

Advantages of the bestproxy security concept:

Get a quick overview of the advantages of the Cordaware bestproxy security concept by watching our short movie.

The risks of existing methods

Providing internal data or services by using common solutions creates a high-security issue for your internal network. Defining exception rules for incoming connections for example are very costly, long-lasting and risky methods. Further risks are deployment processes and the administration of ports or even building a complicated DMZ structure. The problem is the numerous amount of exception rules, which become unscreenable very quickly because of their complexity and lead to mistakes. The setup requires an enormous administrational effort every time and your firewalls become vulnerable. 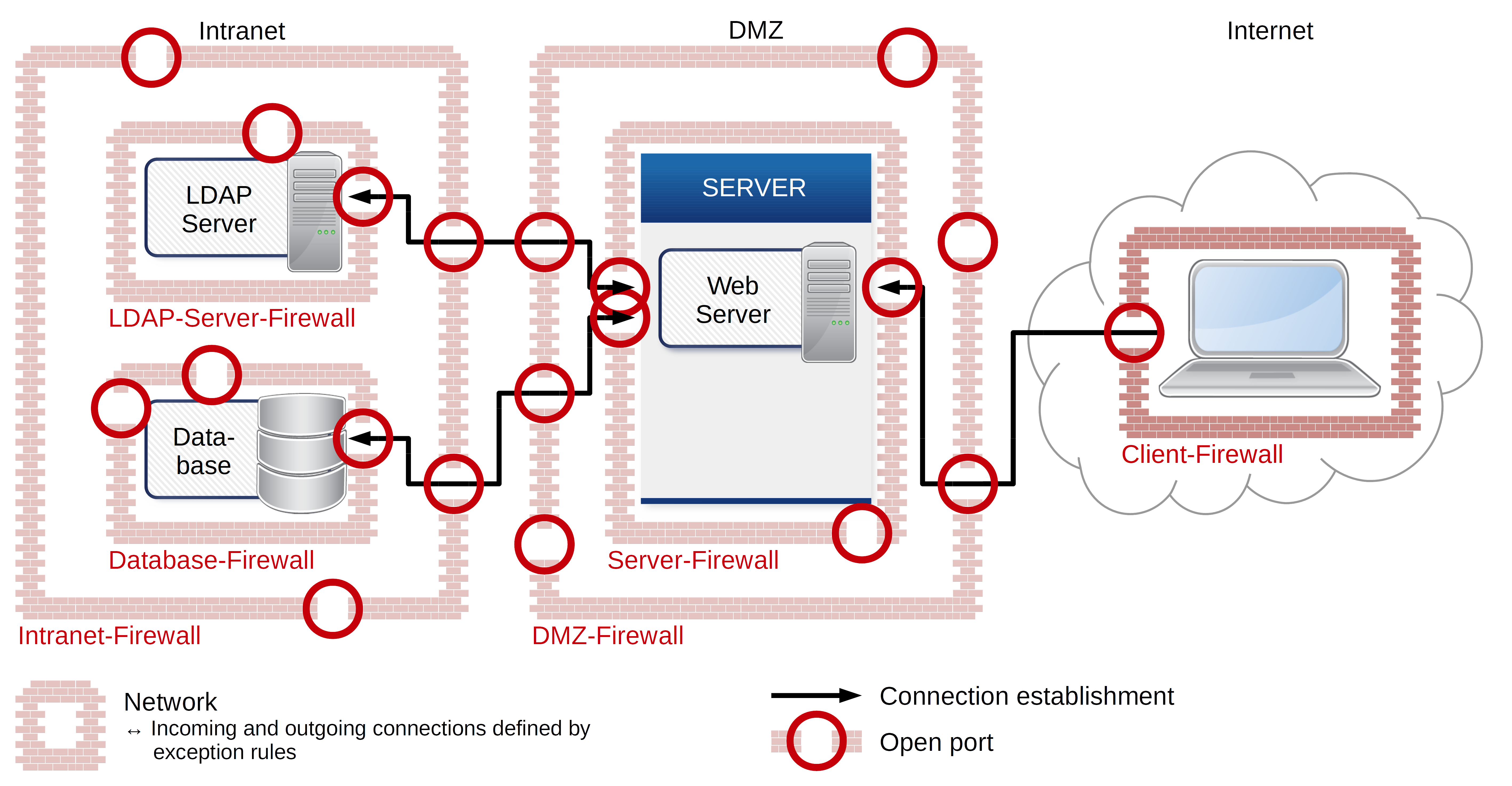 What does the German Federal Office for Information Security say regarding this topic?

“It must be ensured that there is no unauthorized, externally initiated connection set up into the protected network.”

Cordaware goes new innovative ways! In order to eliminate the problems caused by already existing solutions, we developed the Cordaware bestproxy security concept which is a modern security system. 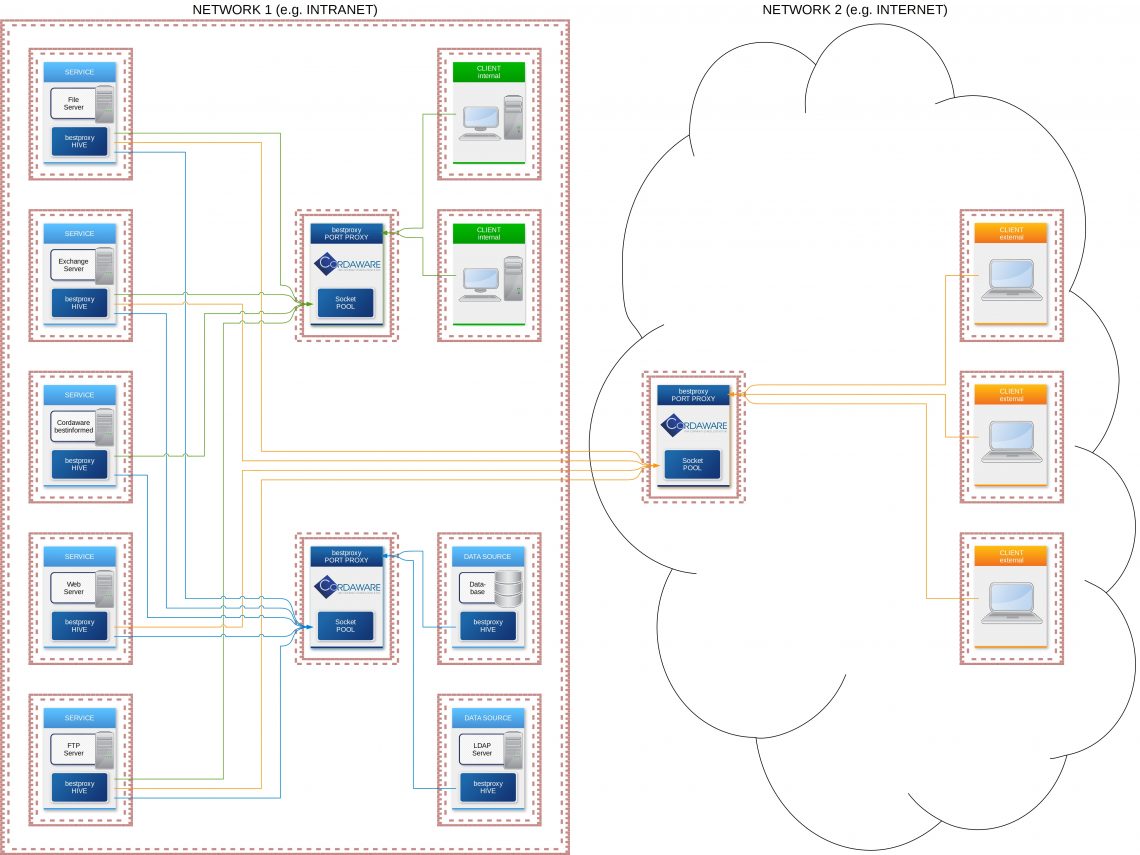 The servers that were located in a DMZ or an in-between network because of accessibility are now moved back into the secured internal network. The so-called "Hive" component of the bestproxy security concept will be installed on these servers.

The only component deployed in the in-between network will be the "Portproxy". When a service is started, the "Hive" will automatically establish a connection to the "Portproxy" and supply all configuration details. The "Portproxy" will then open the pre-configured Port of the "Hive" in the outward direction to enable access to the service in the internal network.

Because of this, connections are only established in the outward direction, which means that no exception rules have to be defined in the firewall anymore that enable an incoming connection from the internet or the in-between network into the internal network. 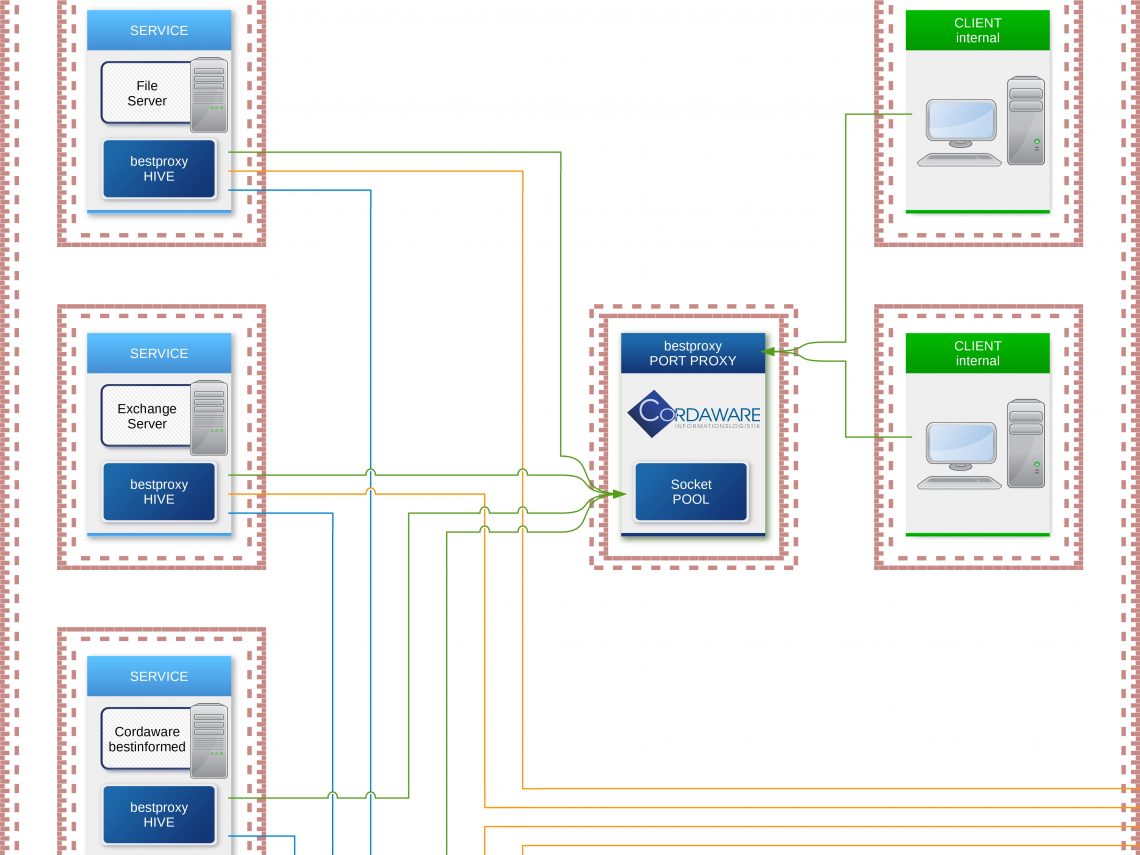 This results in significant improvements regarding the administrative effort and the clarity of your network infrastructure. 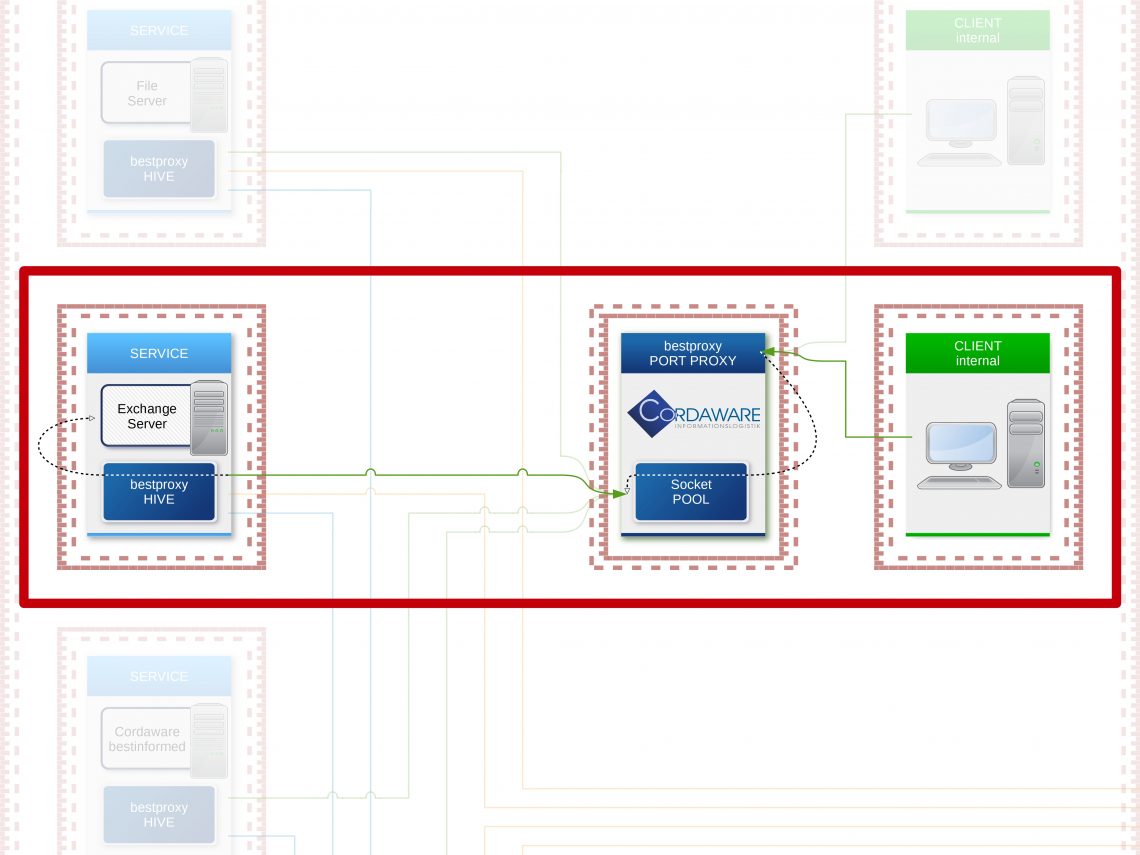 The simplicity of the security concept

Since even the smallest part of your network structure looks like an arbitrarily large part of the overall network, complex untransparent structures are resolved and you always have an overview of your network.

Automate the deployment processes of your services

The bestproxy security concept allows not only to significantly reduce the administration effort of firewalls but also to support the increasing acceleration of provisioning processes through virtualization and automation in IT operations. By integrating the dynamic “Hive” component of the bestproxy concept into your standard containers, you can take the next step of automation. As soon as you start your service, the component automatically establishes a connection to the proxy and tells it which port you have configured for the availability of the service in order to make it available at the same time.

In case of failure or shutdown of the services, it is no longer necessary to close the corresponding port manually. Due to a correlation between service and port, a connection is no longer provided as soon as the service is no longer available. This automation helps you avoid unwanted, unclosed firewall ports and does not consume resources to check or close exceptions.

So far countless exceptions in the firewall needed to be defined. With the bestproxy security concept, each firewall only needs to be configured once.

In order to realize the source and sink model, incoming connection requests in private networks, as well as outgoing connections from public networks, will be blocked. The Firewalls do not need to be edited after the initial configuration. This way every network structure resembles the other.

Significant shortening of the deployment process for services

In conventional networks, long waiting times arise due to various release instances. These waiting times will be gone with the bestproxy security concept. New services can be deployed via “one-click”.

Huge simplification of the network structure

The manual process of closing and opening ports results in confusing and complex network structures. The management of these network structures can be a high risk and prone for mistakes. The bestproxy automatizes those processes via a correlating management between services and security rules. This way, if a service crashes the associated port will be closed automatically. This way “dead ports” can be avoided and the amount of needed exception rules in the firewall can be reduced to a minimum. This way the risk of wrong configurations is minimized.

In todays infrastructures the deployed services are located in the DMZ and have a bi-directional communication with the databases and LDAP servers which are located in the internal network. These risky structures will be gone due to the bestproxy security concept. The connection will only be uni-directional and the connection will be established from the secure to the insecure network as recommended by the federal office of information security in germany.

Currently, separate tools are needed in order to monitor services and notify the administrator. These tools are already included in the bestproxy security concept.

Automatized resource on- and offboarding

In order to deploy services, a long chain of processes is usually required. Due to the correlating services and security rules in the bestproxy security concept, these processes will be automatized. If for example a service crashes or gets shut down the correlating port will be closed automatically.

Try Cordaware bestproxy free of charge and to the full extent!​

This website uses cookies so that we can provide you with the best user experience possible. Cookie information is stored in your browser and performs functions such as recognising you when you return to our website and helping our team to understand which sections of the website you find most interesting and useful.

This website uses 3rd Party Cookies in order to be able to offer you the best experience possible.

These cookies are needed to implement embedded functionalities of external providers.